For the first time, I am raising a couple of turkeys destined to be the center of attraction come Thanksgiving and/or Christmas this year. They came home a few weeks ago with some other chicks I purchased at the Cackle Hatchery.

Royal Palms are the breed we are trying this year. They are considered a small turkey, young toms average 16 pounds, and young hens 10 pounds. Because of their small size, they are not used commercially for meat. They are thrifty, active, adapt to the climate of the region, and excellant foragers, so they do well as free range birds.

The chicks are solid yellow and look alike like chickens. Adults are white with black markings.

Posted by Hidden Brook Farm at 7:11 AM No comments:

Calls from people wanting goat milk are up this year, and I see that a lot of folks are finding my website with their searches for goat milk. A large part of my milk sales have generally been because there is a baby who can't tolerate any formulas, a family member who is lactose intolerant, or someone dealing with something like Crohn’s. The customers who buy it for a healthier alternative have been in the minority.

Something has definitely changed from the time I dried up the milkers last winter, till there was excess milk to sell again this spring. Had several new names on the waiting list before kidding started in February, not because there was a baby in crisis; but wanting a source of healthier milk for their family.

It would seem the corporations are not approving of this awareness and people looking for other sources other than what is sitting on the grocery shelves. Just a few weeks ago, Monsanto (who produces synthetic hormones for the agriculture industry) introduced a bill in Missouri and several other states, that would prohibit producers to be able to label or advertise their milk as hormone free. It is my understanding that in Missouri, this bill died in committee due to the controversy and consumer opposition. It is uncertain, if this bill will be reintroduced at the next session; but I would bet Monsanto won’t give up easily.

Want to find someone in your area that can supply healthy real milk? Check out this site http://www.realmilk.com/
Posted by Hidden Brook Farm at 10:38 AM No comments:

The rains finally moved on leaving us with beautiful weather for the past few days. So much nicer to be out doing chores and taking care of errands and deliveries.

Received a new fragrance recently....Pomegranate. Has a nice crisp blend of both green and floral notes. Am anxious to see how well the scent holds in the soap. If all goes well, you will be seeing that in the soap store soon.

The new store settings have been working well. Not one glitch so far. As some of you know all too well, a vast improvement on the old one which pretty well had a mind of it's own & hijacked the site. Sure appreciate all the patience and understanding from everyone.

For those of you waiting.....Almond Oatmeal & Castile should be back on the shelves in a couple of weeks, along with a couple of new scents to try.
Posted by Hidden Brook Farm at 10:47 AM No comments:

You make soap? Why?

Why do you make soap, is often the first question I hear. The motivator, as stated on my home page, was trying to find something that wouldn't leave a rash all over my husband.
Who would have known I would have became a soap junkie? My first batch was just about as simple as you could get....lard, lye, and water. Even with that simple recipe, could feel the difference on my skin. That's all I needed. I read up on the properties of the different oils, percentage usage, jotting down formulas to try. For me, it is fun from start to finish. 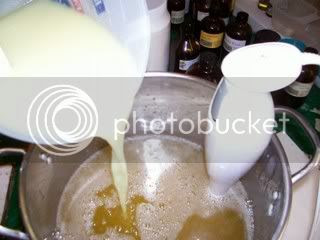 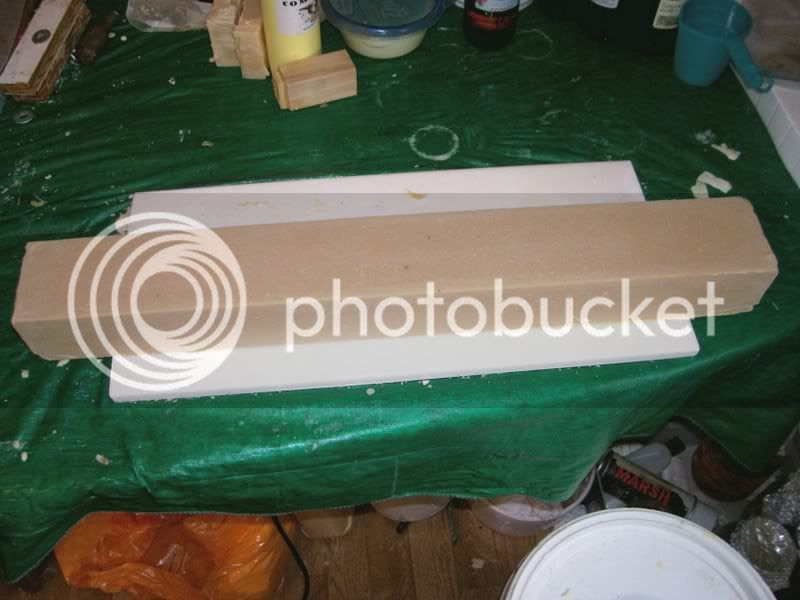 Posted by Hidden Brook Farm at 9:54 AM No comments:

We were living in Charleston, South Carolina at the time we started talking about getting a little farm somewhere. Expressions on family & friends seemed to indicate we were doing some crazy talk....getting a farm, goats, chickens, planting a vegetable garden, leaving good paying jobs.

In 2000 we bought our farm, smack dab in the Missouri Ozarks. 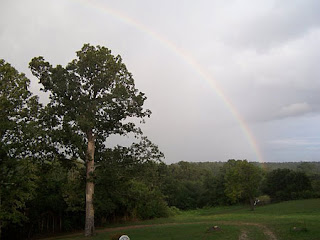 Posted by Hidden Brook Farm at 9:11 AM No comments: