Spring is so close

Three more calendar weeks before spring is officially here; but it has been creeping in little by little. My daffodils and grape hyacinths are pushing their green stems above ground. I’ve almost got the pruning of the fruit trees, the old grape vine and some of the bushes that are scattered around done. The Creeping Charlie is already sneaking into unwanted places keeping me on my toes….and bent over.

Silly Robins have been here since the first week of January.  The last two weeks have watched several flocks of geese heading back to their summer homes, and the little spring peepers sang as loud as they could a few days ago before our night temps nosed dived again. The old timers say when the spring peepers get froze back twice, the third time you hear them spring will stay.
Posted by Hidden Brook Farm at 7:45 AM 3 comments:

Once a person starts soaping or making lotions it doesn’t take long to become familiar with essential oils. Obtain from buds, leaves, roots, seeds, bark, or petals of plants, these compounds have been used for their flavorings, odor, and medicinal purposes for centuries.

It may be of interest to know that the plant itself has a use for its own essential oil compounds. They help bring nutrition and carry away waste from the plant cells; and they help repair damage and help maintain the overall health of the plant. We are familiar with plants that can repel insects from themselves such as Citronella and Marigolds all because of the type of essential oil they produce. So it really isn’t any wonder that a lot of these compounds can produce the same effects with humans.

There is also a flip side and care must be taken along with some individual research to avoid adverse reactions such as photo-toxicity, some may cause uterine muscle contraction and hormone like effects that pregnant women should avoid completely. Frequent usage and high doses of some may cause illness or organ damage.

When applied to the skin, it is always best to dilute the essential oil in a bit of oil before applying it to the skin. Dilutions are typically 2% - 10%. For adults, a 2.5% dilution is recommended for most purposes. For children under 12, 1% is generally safe.

Here is a handy conversion to help with oil blending-- 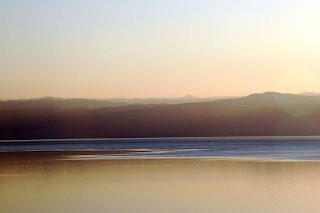 This past summer I had the opportunity to try out a Dead Sea mud mask. At first I was a little hesitate to try it, thinking it would make my skin feel too dry. When I finally tried it on my face, just had to get my own mud source. My face felt softer, looked a little brighter and just felt clean & refreshed. Dead Sea Mud actually improves circulation and has been shown to provide relief to psoriasis, acne, & eczema.      Image via Wikipedia

Dead Sea mud has been literally been used for centuries. It is highly valued in therapeutic and beauty treatments which have been sought after since the days of Mark Anthony and Cleopatra.
Even today there are many spas along the shore line of the Dead Sea where people can go to enjoy the healing properties of the mud & water.

Read about some of the many benefits here.


We have taken our Dead Sea Mud & added a few botanicals for that extra TLC.

You’ll find it on our Spa page in the Soap Shop.
Posted by Hidden Brook Farm at 6:31 AM No comments:

One of my favorite things 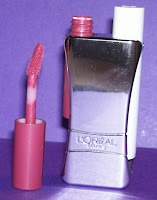 is L’oreal infallible lipstick.  It is a 16 hour, non kiss off formula that will still be on your lips even after a meal.  It is a 2 step application contained in a handy mirrored compact case.  One should follow directions when applying for maximum wear time.  The color goes on with ease and will feel quite dry after the 2 minute wait time.  Next apply gloss and you’ll have a glossy, moisturizing, color shine that will not leave lip prints on coffee mugs or loved one’s cheeks….and you’ll have a little color all day long.
Posted by Hidden Brook Farm at 5:27 AM No comments:

Was reading a thread on a forum site where someone had asked if anyone listed ingredients on the soap they sell.   Most soap makers do list ingredients so the consumer knows exactly what they are buying; but how they labeled varied greatly.   One gal even stated she never listed lard on her list (even though it was part of the recipe)  because she had a few folks that wouldn’t buy soap that contained lard.

Here are the basic rules that need to be followed and hope will remove a lot of the confusion out there.

The FDA describes soap as ‘A product which the non-volatile portion consists principally of an alkali salt of fatty acids’.   This means the combining of an alkali –usually sodium or potassium hydroxide, with fatty acids which are animal or vegetable fats or oils.    Additives may be included such as scent, herbs, colors, etc., as long as the additives do not significantly change or violate the FDA’s definition of soap.

From there soap can be considered a consumer commodity-meaning it is sold strictly as a product that will clean & nothing more.  So selling soap that just cleans exempts the product from the FDA regulations of labeling ingredients-does not exempts a seller from the FTC Fair Labeling & Packaging Act of providing contact information along with weight of the products and such.

Now, if the seller claims – soothing, moisturizing, beautifying, or any other type  of cosmetic claim, the product no longer a consumer commodity but a cosmetic and now falls under the FDA regulations of labeling ingredients -all ingredients must be listed along with FTC guidelines.

Many of us make the mistake of labeling ingredients as Saponified Coconut Oil, Palm Oil, etc., thus omitting the listing of sodium or potassium hydroxide in the ingredient label since it is implied with the term ‘Saponified’.    I have done this in the past thinking it was proper; but it isn’t.   The type of lye used must be listed as a separate item in its proper place within the ingredient list.

If you have an ingredient list that looks like it is complete; but leave something out intentionally, you are now doing deceptive labeling under FTC-the Fair Trade Commission.   One could be held liable if those with allergies to the omitted ingredient bought and used your product thinking it was safe for them based on your ingredient listing.

Using terms on labels such as ‘Repels Insects’ now makes the product fall under EPA labeling requirements & usually must be approved by the EPA before marketing-unless made only using ingredients from their pre-approved list.

If you label your soap as something that cures, treats, or prevents a disease or any function of the body now drop kicks your product into the drug category and requires FDA approval before being marketed.

Posted by Hidden Brook Farm at 7:09 AM 2 comments: