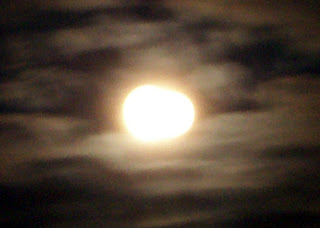 Summer has come & gone so fast that it has made me wonder if I had gotten caught in some sort of space/time warp. Now that we are well into fall, it is starting to feel there is time to do things other than chores.

This year we had bottle babies from February up through the first week of June. The last ones were finally weaned about 3 weeks ago. Definitely do not want to be bottling babies all summer long any time in the future.

I have chosen just seven dairy girls to be bred next year, so far they have all seemed to have settled. Most of the meat type have been bred, the ones that I haven’t seen come into heat have been running with a buck now for the last 3 weeks. I will separate them this weekend and consider breeding season over for me. The girls may have other ideas; but if things have gone to plan (and it rarely does-lol) I will start kidding in February and be finished the first week of April.. I am hoping for a much lighter work load this coming year to better pursue some of my other interests. 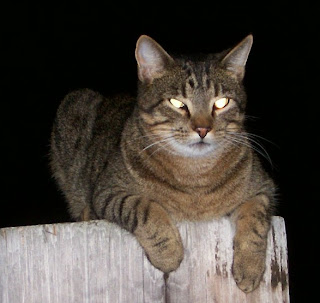 Tiger waiting me in the morning on top of the gate post.

Posted by Hidden Brook Farm at 8:13 AM No comments: